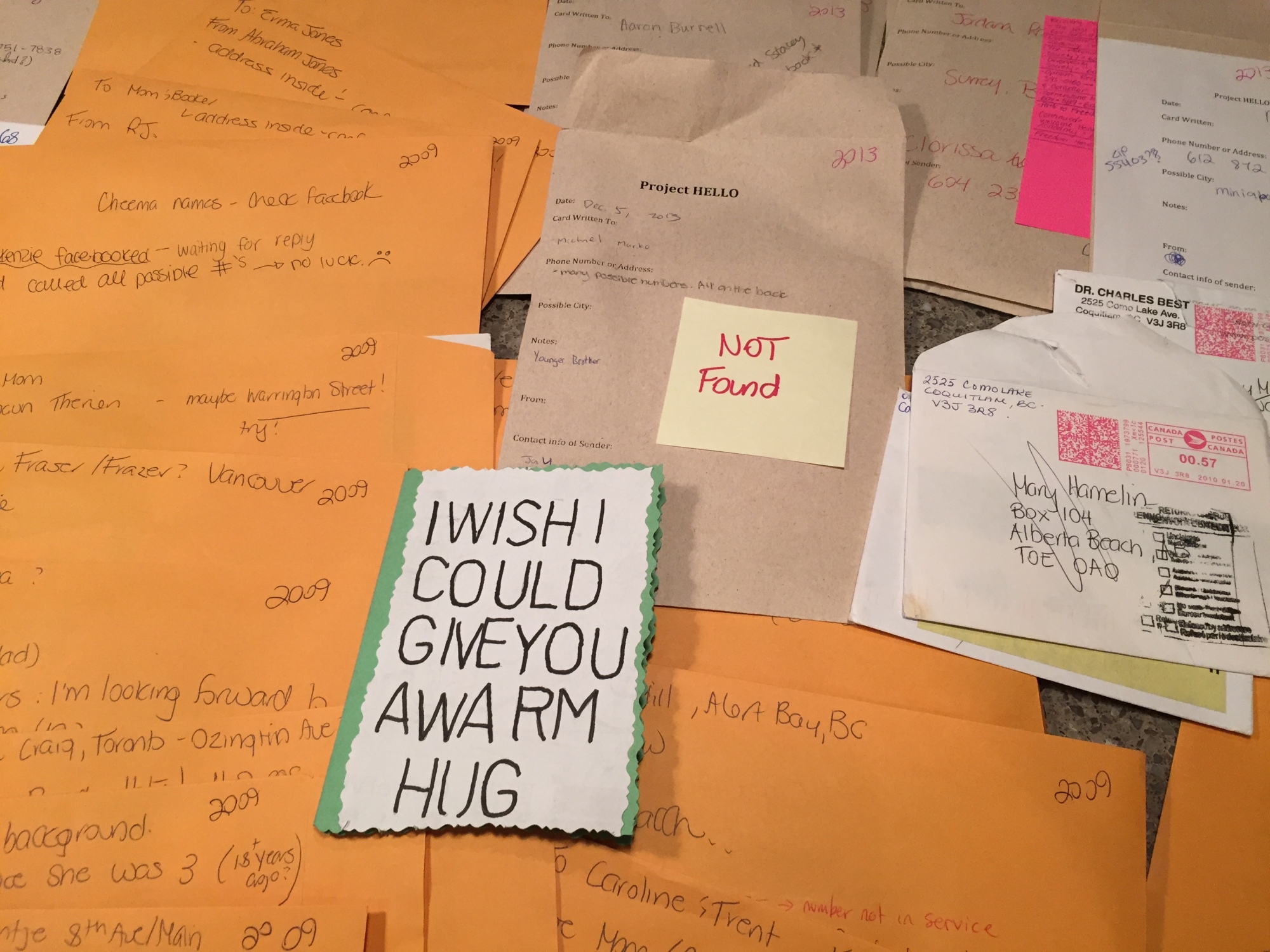 It’s Family Day in BC.  An extra day off.  A long weekend.  A day to spend with those we love.  For the privileged, the toughest decision we have to make is how to spend our time; choosing between a lazy day at home or a family outing.   But what would Family Day be without family?

Over the past seven years I have blogged about mini miracles as my students and I have helped over 500 homeless people from Vancouver’s Downtown Eastside write letters of love to their long lost families.  One by one we have shared our successes: tears of joy, exciting phone calls, and amazing face to face reunions.  But there is a part of our story we have not told.  Our success rate is not 100%.  Although we have successfully mailed close to 550 cards to loved ones around the world, there are still over 100 un-mailed cards full of personal messages.

Year after year I have tucked these cards aside, hoping one day we will find the recipients. I cannot throw these cards away.  Stuffed in a cupboard drawer, these cards are beginning to gather dust but they should not be forgotten.   These cards represent broken connections: families torn apart by addiction, trauma and circumstance.

Tonight, for the first time, I gathered all our ‘unfound’ cards dating from 2009-2015.  As I stand here, I am overcome by a feeling of deep humanity.  Spread across my kitchen island are 140 untold stories.  Voices stuffed in envelopes but desperately wanting to be heard. 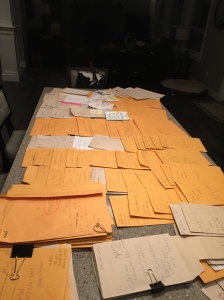 Each card bursts with messages of hope, words of love and dreams of a brighter future. Standing on the streets, our most vulnerable citizens have taken risks and opened their hearts to families who have moved on without them.  For these card writers, the luxury of family is only a hope.

Thank-you for sharing.  I hope your Family Day is full of love and connections.

17 thoughts on “Missing. When the Luxury Of Family is Only a Hope.”